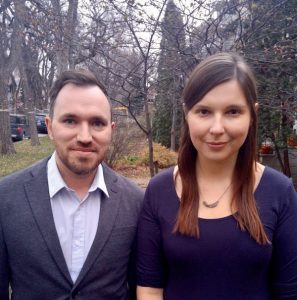 A new book commissioned by the Winnipeg Architecture Foundation honors the architecture firm responsible for creating some of the city’s most iconic landmarks.

Green Blankstein Russell (GBR) and Associates was founded in 1932 and designed some of Winnipeg’s most iconic structures, such as City Hall and Winnipeg International Airport.

Their work is now illustrated in a new collection of more than 300 images in Green Blankstein Russell and Associates: An Architectural Legacy.

“GBR has in no small measure encouraged and nurtured the talent and diverse workforce that created the architectural record explored on the following pages,” said Easton Lexier, a civil engineer who has worked at GBR for more than 50 years.

Lexier provided the foreword to the book, which was written by Jeffrey Thorsteinson and Brennan Smith.

The aim of the book is to educate the public about the innovators at GBR who have shaped the architecture and design industry in Winnipeg.

“The company was a kind of engine: an institution through which many of the notable Canadian architects, designers and engineers became notorious on their way,” says Thorsteinson. “In this respect, too, the office was pioneering and deliberately acted as one of the first offices to bring women and members of minorities into architectural practice.”

The book will officially be released on December 7th by McNally Robinson Booksellers, but will have a pre-release, gallery exhibition and book lecture at the Jewish Heritage Center on December 5th. Both events start at 7 p.m.

Winnipeg lady beneath 10 dies of COVID-19

The handover of laboratory paperwork in Winnipeg has implications for “nationwide safety”: Hajdu