From the Canadian press 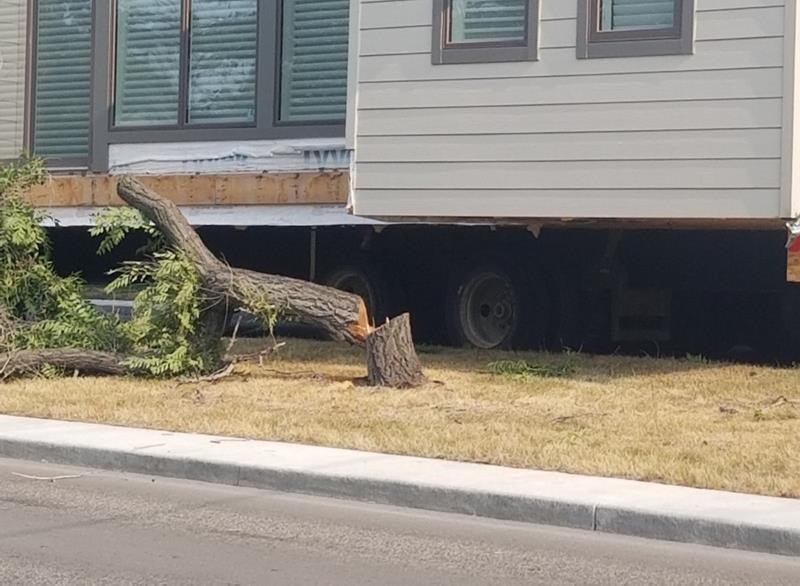 A tree that was felled in Winnipeg can be seen in this recent handout photo. (THE CANADIAN PRESS / HO – Kevin Klein)

WINNIPEG – Winnipeg police say a man was arrested after numerous trees were felled along a city boulevard early Saturday to make way for a house that was moved out of town.

Traffic officials helped move along Roblin Blvd. and a moving company had permission to move the building, police said in a press release, but it appears that the operator has not confirmed the accessibility of the route as required.

Several trees along the move route were deliberately felled or pruned, police claim, and a man associated with the move is charged with over $ 5,000 in mischief.

“I had to get down there and see the devastation for myself.”

Klein said he started receiving messages from angry voters early Saturday. He said it looked like more than a dozen trees had been felled and the house, which was divided into two sections, was still blocking traffic.

Police said Winnipeg City Forestry officials had been called in to determine the “least effective” measures to keep the move going.

“There is no easy solution,” said Carver.

Winnipeg has an ongoing challenge for its citizens to plant a million trees. A statement on Mayor Brian Bowman’s website promoting the challenge said the city’s urban forest is at risk due to age, disease and invasive species.

Dean Mason, a resident of the Charleswood neighborhood, where Roblin Blvd. It is estimated that around 18 trees were felled on Saturday morning.